Robert Morales represents the six Hul’qumi’num First Nations (Cowichan, Chemainus, Penelakut, Lyackson, Halalt, Lake Cowichan), whose territories span the southeastern coast of Vancouver Island. These lands were almost entirely sold off by the Federal government in 1887 to coal baron Robert Dunsmuir, in order to finance the construction of the E&N Railroad from Nanaimo to Victoria, which enabled BC and Vancouver Island to join confederation and become part of Canada. 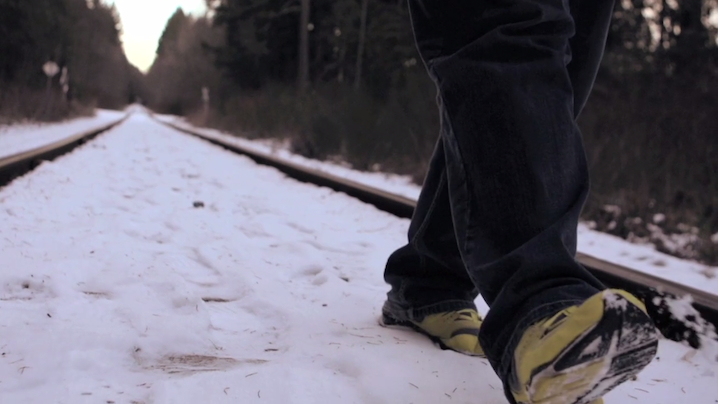 To this day, there are Hul’qumi’num elders who still don’t know how that happened, how they lost their rights to the land. The Hul’qumi’num First Nations never ceded these lands and were never consulted or compensated. Over the years, the lands have changed hands many times amongst various corporate owners. Today they are mostly owned by the “Big Three” private timber companies: TimberWest, Island Timberlands, and Hancock Timber, who are extensively logging the last of the old-growth on these lands and flipping a good portion for real estate development.

Robert is in the unenviable position of having to reach consensus with six different First Nations, while at the same time dealing with the logging companies and both levels of government to try and recover some remedy for what’s been lost. Through internal working groups with Hul’qumi’num leaders, elders, women, and youth, Robert has been entrusted to speak on behalf of these six nations with one voice in their Treaty negotiations with the Governments of Canada and British Columbia. 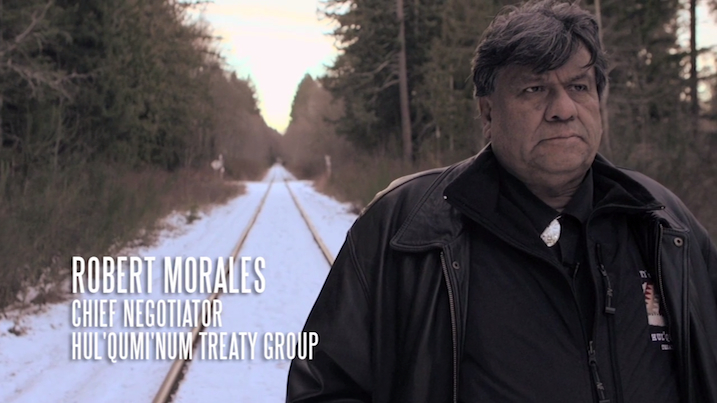 However, negotiations hit a wall every time because the Federal Government refuses to consider any sort of expropriation, resource sharing, revenue sharing, or any other possible scenario with regards to private lands for the purpose of settling Treaties. When a First Nation sits down at the table with the government to talk about Treaties, the first thing they say is that they are talking about Crown land, not private land. But for Hul’qumi’num, there is very little Crown land within their traditional territories. 85% of their territory is comprised of private E&N rail lands.

Reaching an impasse in their negotiations with the Federal government, Robert and the Hul’qumi’num Nations have had to seek justice outside of Canada. In 2007, they brought a petition to the Inter-American Commission on Human Rights (IACHR) on the basis that Hul’qumi’num’s human rights had been violated, specifically their right to property, and that there were lasting damages still being felt to this day as a direct result of the privatization of these lands. Despite Canada’s objections that Hul’qumi’num had not yet exhausted all their legal remedies in Canada, the IACHR agreed that there were no effective legal remedies in Canada, as no Canadian court had ever recognized indigenous peoples’ rights to property. They are still awaiting a decision on this matter, which will determine whether Hul’qumi’num’s human rights have been violated.

Learn more about the Hul’qumi’num case at the Inter-American Commission in this series of videos of lead counsel Robert Williams’ recent presentation on the subject, co-hosted by Lawyers’ Rights Watch Canada and Amnesty International.